Symptoms of a Failing Carburetor 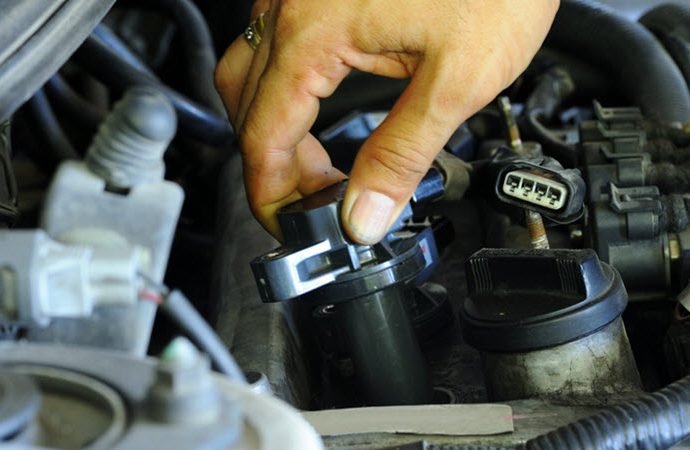 In mid-1970’s and older vehicles such as classic or show cars, they relied on a carburetor to start and run the vehicle properly. These carburetors would bring in both air and fuel, blending them together to make the perfect mixture before sending it to the engine for internal combustion. These carburetors were the most important

In mid-1970’s and older vehicles such as classic or show cars, they relied on a carburetor to start and run the vehicle properly. These carburetors would bring in both air and fuel, blending them together to make the perfect mixture before sending it to the engine for internal combustion. These carburetors were the most important part of the vehicle because it kept the vehicle running at its peak performance without running to rich or too lean.

While modern-day vehicles have advanced technology that eliminated the use carburetors, there’s still thousands of vehicles on the road that rely on these carburetors. Like any other part on a vehicle, carburetors can go bad or fail, preventing the vehicle from running properly or preventing it from running altogether. Which makes knowing the symptoms of a failing or bad carburetor and important part of vehicle ownership.

Signs of a Failing Carburator

A telltale sign that there’s a problem with the carburetor is problems starting the vehicle. The vehicle might have a hard time starting during cold weather and start fine once it’s warmed up. The vehicle may not even start at all and simply just continue to crank over to start. Both these issues involve the carburetor not mixing the proper amount of fuel to air ratio. In this particular case, it’s not providing the engine with enough fuel to turn over when the driver attempts to start the vehicle.

Again, with a failing or bad carburetor, the vehicle doesn’t receive the proper air to fuel mixture it needs to run efficiently. This causes the vehicle to run poorly in many ways such as reduced power, poor fuel economy, and sluggish acceleration.

If your carburetor fails and sends too much fuel to the vehicle’s engine, it will run too rich and cause a variety of issues such as poor performance and reduced fuel efficiency. The biggest sign that a vehicle runs rich is the color of the exhaust. With so much fuel pushing through the engine at once, the exhaust will turn black and emit clouds of black smoke until the problem gets resolved.

What To Do Next

Since a carburetor effects older vehicles in a variety of aspects, its important to address the issue as soon as possible. It’s important to have the vehicle inspected or serviced by a licensed mechanic who can diagnosis the problem and fix it correctly. When it comes to a failing carburetor, there’s several steps that a mechanic can take to solve the problem.

One of the first steps a mechanic will take involves cleaning the carburetor with a high-quality carburetor cleaner. More often than not, a carburetor fails because it’s been clogged with dirt or debris that’s entered the internal components and clogged the floats or jets. This prevents the carburetor from delivering the proper mixture of fuel and air to the engine and causing a host of problems for the vehicle. To remedy the problem, the carburetor will get taken apart and thoroughly cleaned with a carburetor cleaner to remove all forgein objects.

Repair or Replace The Carburetor

If this solution doesn’t fix the failing carburetor, one or more components inside the carburetor may need replaced. Inside the carburetor there’s several different pieces that work together to create the proper air to fuel ratio including the float, needle, bowl, etc. If any of these parts fail or get damaged, none of the other components will work effectively.