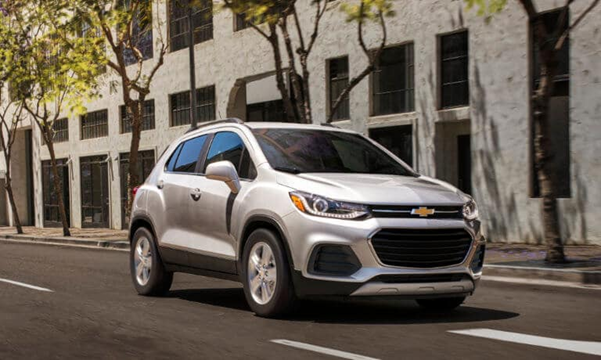 The 2020 Chevy Trax took no time to be considered as one of the best models of crossover ever made. The reason was pretty obvious, you don’t get to see so many virtues in a car that is offered at such a low price. Moreover, it is the unusually taller ride height it gained this

The 2020 Chevy Trax took no time to be considered as one of the best models of crossover ever made. The reason was pretty obvious, you don’t get to see so many virtues in a car that is offered at such a low price. Moreover, it is the unusually taller ride height it gained this time, which is a rare quality to be found in the segment of baby crossovers. It surely gave the go-getters a push to choose this new Chevrolet model this year, over other models.

The 2020 Chevrolet Trax also offers a sea of feature options to its buyers through its versatile 2020 year lineup that deepens the circle of making it a well-rounded family vehicle in every possible sense. The levels of luxury and creature comfort can be added on, if you climb higher the trim price, but the cordial staff members of the Hailey Chevrolet dealer showroom revealed that you lose nothing significant, even if you buy the base one.

Virtues to Count Upon

The 2020 Chevrolet Trax as a small crossover has a heavy load of virtues on which you can count upon.

If we start with its looks, we can’t but appreciate its eye soothing design effect while making the entry and exit a breeze. Inside the seats are positioned at the right height to ensure good visibility, which is yet another rare thing to be found in today’s cars. What more? The 2020 Chevrolet Trax also returns you a city-friendly footprint.

The 2020 Chevrolet Trax earns most of its popularity through its value alone, that keeps increasing  once you start adding more options. This year we don’t see Chevrolet making many significant changes to the  lineup of Trax, so it carries over the last year lineup count with three distinctive variants, namely the LS, LT and Premier,  all of which come available in front- or all-wheel drive configurations.

According to the Hailey Chevrolet dealership staff, all the trim versions of the 2020 Chevrolet Trax are given the power of a 1.4-liter turbo-4 engine that is ideally paired to a 6-speed automatic transmission. In spite of its small structure, the 2020 Chevrolet Trax never lets you forget that it is still an SUV, that can handle the road odds as well as the big ones. at the same time, its engine is reasonable enough to return a fuel economy that counts 29-mpg on the highways, as per the EPA rating.

As a small crossover, the 2020 Chevrolet Trax maintains its easy maneuverability on almost every road surface, but it is at its best when you try it especially within the vicinity of the city roads.

Comparing with its Close Rivals

Compared to other subcompact cars like Buick Encore, the 2020 Chevrolet Trax offers a better ride experience as its ride height not only can smother down the road imperfections, but also makes you feel at power. simultaneously as mentioned above its interior receives more applause than its rivals because of the unexpectedly good visibility, which makes the ride much more engaging and comfortable,